Don't Drink the Water in Mexico

We made it out for our walk pretty early this morning, but still not early enough.  It was unbearably hot and we cut the walk short to avoid passing out.  The grapes are starting to develop on the vines, and right now they're about the size of raisins.  We passed by a small vineyard on our walk, and I know it's hard to see, but here they are: 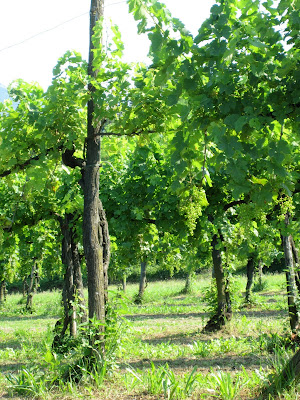 There's a ditch on the side of the road in Santissima that always has at least 5 of the most beautiful, vibrant dragonflies, and today I was able to get a picture.  Everything is blue, from the tail to the wings to the head. 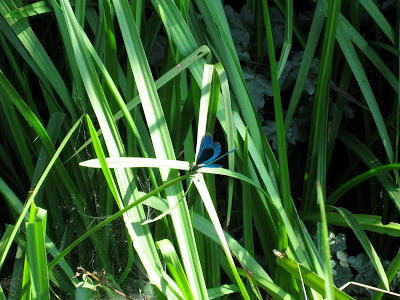 Today was super hot again, so we didn't really do anything exciting.  I went for a run, lifted some weights,  did some yoga, and probably sweat my entire body weight in the process.  We could only stand to be outside for less than an hour, so Jameson just played inside for the majority of the day.  I still have more pictures of Venice to share, so today it's more statue fun! 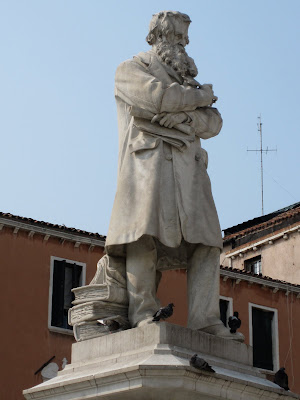 Meet Niccolò Tommaseo, or, as known to the Venetians, "The Book Pooper."  The books really do look like they just fell out of his butt, so the title is suiting.  Tommaseo was an Italian author and linguist, and produced a number of works in his lifetime, including beginning the weighty 7 volume Italian dictionary, which was finished after his death.  The statue is located in the campo Santo Stefano, where one of our favorite restaurants (A Beccafico) is, and also where Christine claims to have had a Brad Pitt sighting.  Her and Christer were spending the night in Venice when her mom was in town, and they were dining at A Beccafico when Christine swears she saw Brad Pitt walk by with a nanny and 2 strollers, supposedly carrying the small twins, Knox and Vivienne.  The whole Jolie-Pitt brood was staying in Venice at the time because Angelina was filming a movie, so the likelihood that the scruffy, fedora-clad, stroller pusher was indeed the-one-and-only Brad Pitt was actually quite high.
Read more »
Posted by Unknown at 3:25 PM 1 comments

Today was super hot so we just hung out around the house and took it easy.  Christer was able to come home again for lunch today, and it's so unbelievably adorable to see how Jameson lights up when he's around.  They were just sitting across the table eating lunch and making faces at each other and Jameson was laughing up a storm.  Christine and I have to work 10 times as hard to get him to laugh...normally we're sweating our butts off playing chase and tickle, and all Christer has to do is cross his eyes!  Either way, Jameson is still a momma's boy through and through.  Here he is last week in Venice, clinging to Chrstine while she talks to Sergio, on our favorite campo after enjoying a prosecco together. 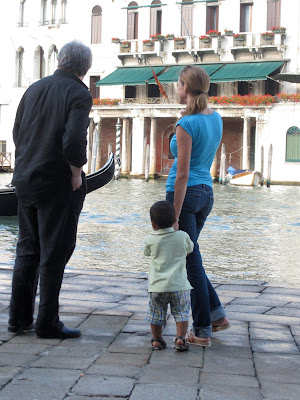 Gnome on the Range

Blake and Carrie are out of town, so Christer is using their car for work, and we get to keep our car to take Levi and Jameson on walks.  Today the weather was really beautiful, so we decided to go up into the mountains to the national forest for a big of a scenery change.  The drive up is about a 20 minute drive straight up the side of the mountain (the same mountain the Caneva castle is on), and about 20 minutes of driving across to the backside of the mountain.  Full of hair-pin turns and constant weaving, this drive is not for the weak stomach or car-sick prone passenger.


We passed the Caneva castle on the way up, but, as you can tell, we were at too much of an angle for a good shot of the building itself. 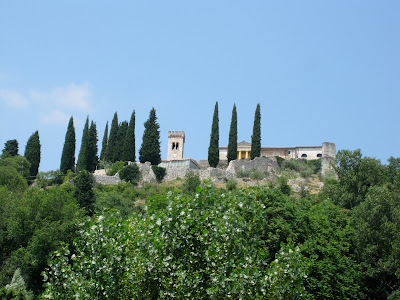 Today the entire family piled into our VW station wagon and headed to a park in San Floriano.  Yes.  Jameson in his car seat, Levi, who probably weighs anywhere from 70-90 pounds, and Christine all smooshed together in the backseat.  San Floriano is a really beautiful park in a very pretty town, but there is a very steep hill that Christine said is just nearly impossible with Jameson in the stroller.  This monster of a hill is the reason we always go to Santissima, and today I found out firsthand.  Christer was carrying Jameson in the backpack, and this trail was a workout!  I would call it more of a hike than a walk.  The views were absolutely stunning though, and very worth the calf and quad workout. 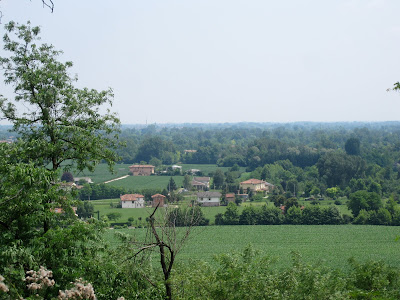